Vicky Wall the founder of Aura-Soma® said ‘You are the Colours you Choose’.  Born the 7th child of a 7th child her father was a Master Kabalistic teacher, she had the gift of 2nd sight – meaning she could see auras and was also clairvoyant.

Vicky’s father could not teach her the Kabalistic lessons, these where traditionally taught only to male members of the family.  Instead he walked with her in the fields around their London home, asking her what plant would be good for this or that ailment.  As she grew up, Vicky learnt to recognise the art or science called ‘the signatures of plants’ – this is where the colour, leaf or plant shape, give an indication of what the plant may be useful for, in maintaining or gaining well-being.

When Vicky left school, she trained as an apothecary (a type of Pharmacist), during the Second World War in London. Here she learnt to make up creams and lotions using herbs and plant extracts.  She then went on to become a Surgical Chiropodist, someone who does surgery on the feet.

As she grew older Vicky got diabetes, this eventually led to her loss of sight in both eyes, she did however retain her 2nd sight of auras.  It was shortly after loosing her sight that in a dream she was told to ‘Divide the waters my child’, she found herself been guided to her little workshop where she still made up her creams and lotions, here in the night ‘unseen hands guided her’ to make up some colourful mixtures of plant extracts, oils and waters.  By morning there where a number of little dual coloured bottles on the shelf – all twinkling in the morning sunlight. She didn’t know what they where for, but knew they would make lovely skin oils. And so Balance or Equilibrium as it is now known, was born. That was in 1983. Slowly the range was developed to included the Pomanders and Quintessence’s, Colour Essences and more.

Now over 25 years later we are only just really starting to understand what these ‘Jewel’s’ as Vicky called them are for.  The dual coloured bottles are slowly revealing their use to humanity and the planet.

When we look at the colours, we access an ancient part of ourselves.  One that knows the restorative and supportive aspects of colour, and the plant and crystal extracts that go into making up the Aura-Soma Equilibrium range.

We are now also discovering, how they support us to become more conscious – more in touch or conscious about our mental, physical, emotional and spiritual knowing. 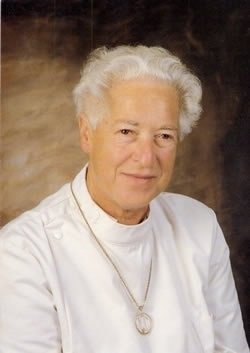 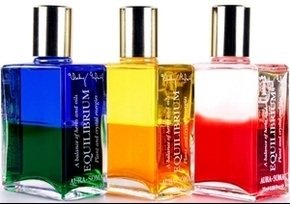